The University of Chicago

The Healthy Regions & Policies Lab & the Center for Spatial Data Science Invites You:

Sequence Methods in the Study of Neighborhood Change 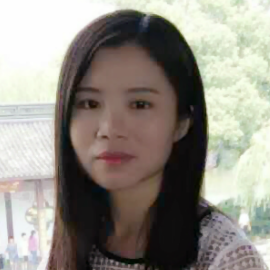 There is a recent surge in research focused on urban transformations via empirical analysis of neighborhood sequences. The alignment-based sequence analysis methods, which have their origin in biology and computer science where they were used for matching DNA sequences and analyzing strings, and used for studying life courses in sociology, have recently seen many applications in urban neighborhood change research. However, it is unclear whether these methods are suitable for this task or to what extent they are robust in terms of producing consistent and converging neighborhood sequence typologies. The presentation will focus on a comparative analysis of four sequence analysis methods. These methods are applied to the same data set – the 50 largest Metropolitan Statistical Areas (MSAs) of the United States from 1970 to 2010. These methods are found to produce different neighborhood sequence typologies, and their behavior varies across MSAs, thus prohibiting meaningful comparisons of similar studies. One method leverages the socioeconomic similarities of neighborhoods and is suggested to serve as the building block towards designing a meaningful sequence analysis method for neighborhood change research.

Join the HEROP Lab Journal Club to discuss the Kang et al 2020 paper in more detail, including any conceptual or technical questions: Kang, Wei, Sergio Rey, Levi Wolf, Elijah Knaap, and Su Han. “Sensitivity of sequence methods in the study of neighborhood change in the United States.” Computers, Environment and Urban Systems 81 (2020): 101480. The first half hour will be facilitated discussion with Dr. Kang, and the last half hour will include HEROP lab updates.